Medulloblastoma arises from primitive neural cells. The tumors are almost exclusively found in children with the posterior fossa within the cerebellum. 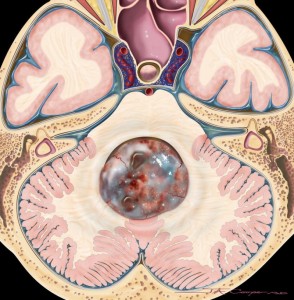 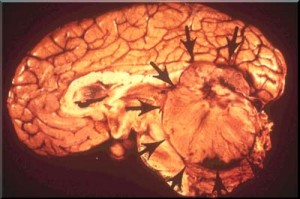 Long recognized as one of the most common tumors in the posterior fossa, Medulloblastomas account for 4 percent to 10 percent of primary brain tumors. In patients under the age of 20, they account for between 15 percent and 20 percent of central nervous system tumors. 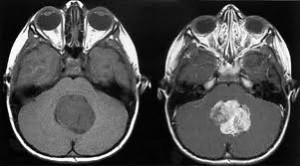 The primary goal of surgery for a medulloblastomas is to remove as much tumor as possible and to restore the flow of CSF without producing neurological deficits. Surgery also provides tissue samples that can be used to obtain an accurate diagnosis. However, these tumors tend to spread, making total surgical removal of the tumor difficult and follow-up treatment a necessity.

Radiation therapy, using high-energy x-rays or other types of radiation to kill tumor cells, is often used. Radiation therapy is not recommended for young developing brains and is avoided in children under the age of three. Radiation therapy, if needed, is technically very demanding and should be carried out in centers that have experience in that area to ensure optimal results.