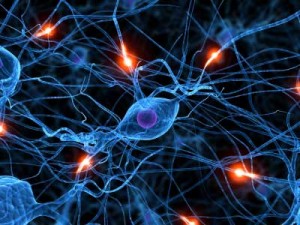 Brain damage from traumatic injury, infection, a brain tumor, a lack of oxygen to the brain, or uncontrolled seizures is thought to cause the scar tissue to form, particularly in the hippocampus, a region of the temporal lobe. The region begins to atrophy; neurons die and scar tissue forms. This damage is thought to be a significant cause of temporal lobe epilepsy. In fact, 70 percent of temporal lobe epilepsy patients have some degree of mesial temporal sclerosis. It also appears that the mesial temporal sclerosis can be worsened by additional seizures. 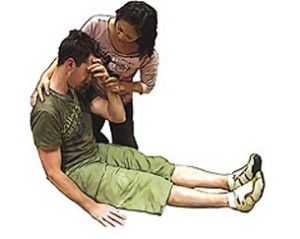 Mesial temporal sclerosis usually results in partial (focal) epilepsy. This seizure disorder can cause a variety of symptoms such as strange sensations, changes in behavior or emotions, muscle spasms, or convulsions. The seizures usually are localized in the brain, but they may spread to become generalized seizures, which involve the entire brain and may cause a sudden loss of awareness or consciousness.

The assessment of the extent of mesial temporal sclerosis is important because it can be a good indicator of the outcome for patients undergoing temporal lobectomy to climate seizures. For this procedure, the part of the brain containing the point at which the seizures start is removed. The best outcomes for the surgery are in patients with mesial temporal sclerosis on only one side of the brain. Also, the best outcomes are achieved with complete removal of the sclerotic medial temporal structures. This is the single most common surgery for patients with medically refractory epilepsy, has a high rate of eliminating seizures and is associated with a low incidence of significant new neurological impairments.