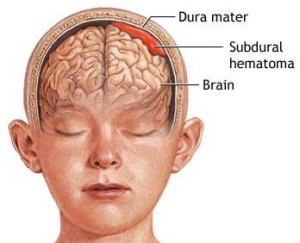 An acute subdural hematoma (SDH) is a clot of blood that develops between the surface of the brain and the dura mater, the brain’s tough outer covering, usually due to stretching and tearing of veins on the brain’s surface. These veins rupture when a head injury suddenly jolts or shakes the brain. 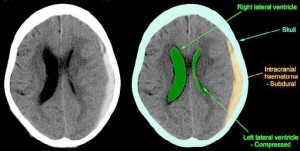 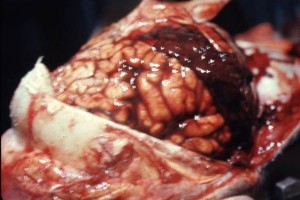